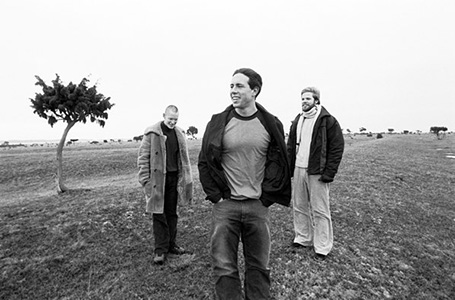 On fiddle is the charismatic, 31 year-old Olof Göthlin. A protégé of renowned fiddler Mats Eden, Olof became a "Riksspelman" [Fiddler of the realm] in 2006. Olof graduated from the Malmö Music Conservatory in 2009, and has taught at the same school, as well as Heléneholm High School and Skurup College. He tours internationally with folk music group Alla Fagra, and currently works for the touring circus act Cirkus Cirkör as lead musician. 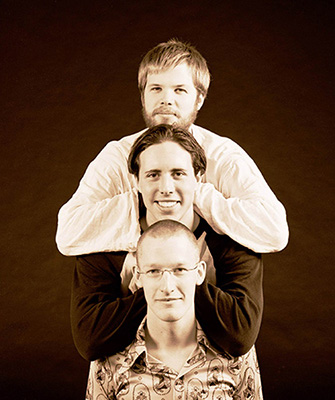 37 year-old Mikael Grafström provides both hypnotic rhythm and artistic nuance with his beautifully fluid guitar playing. A graduate of the folk music department at the Malmö Music Conservatory, Mikael has studied with the likes of Jens Ulvsand and Roger Tallroth from the Swedish band "Väsen." He is also a nyckelharpa player, and is one of the most celebrated nyckelhrapa builders of his generation. In addition to playing with Bjärv, Mikael also performs with folk music trio Vallevan. He is currently a music instructor in Jönköping area schools.

The youngest member at 30, on the traditional Swedish nyckelharpa, is Ben Teitelbaum. After being awarded Sweden's Eric Sahlström nyckelharpa scholarship in 2000, Ben returned to Bethany College in Lindsborg, KS becoming the first American to receive a degree in nyckelharpa performance. He has studied in the folk music department at the Stockholm Royal Academy of Music, and he earned his PhD in ethnomusicology at Brown University with an award-winning dissertation on the role of music in extremist nationalist movements in Scandinavia. He is currently Head of Nordic Studies at the University of Colorado, Boulder.